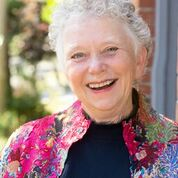 Lenore is active in the financial planning community on Vancouver Island as a mentor to aspirants to both the CFP and R.F.P. designations.  She is frequently quoted in Money Sense magazine, The Globe and Mail, and Investment Executive magazine among other publications and is often invited to speak on a variety of financial planning topics.

Lenore has always been an active sports enthusiast. She is currently president of the Wicket Maidens Cricket Club and played against Bermuda in September 2006 as a member of the Canadian Women’s Cricket XI.  A past president (and player for) of the Velox Valhallians Rugby Club, an enthusiastic pioneer of women’s ice hockey in northern BC, and currently a director of the Women Division of Gorge Vale Golf club, Lenore now can be found traipsing about various golf courses from coast to coast in pursuit of the elusive 59.  She has also been delighted to combine her two passions, finance and sport, as past chair of finance for the Gorge Vale Golf Club.

Lenore has been seen chortling to the writing of Terry Pratchett and P.G. Wodehouse when she isn’t searching the second hand bookstores for English – and, more recently, Canadian – murder mysteries.

All sessions by Lenore Davis