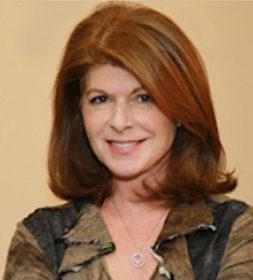 Shirley has been practicing law in Toronto since 1988, with an emphasis on family law since 1991, incorporating fertility law in 1996.  She is a member of the Bars of Ontario (1988) and New York State (1991).  She received her undergraduate degree from the University of Toronto in 1981 and her law degree from the University of Ottawa in 1987.  She obtained her mediation certification from the Law Society of Ontario (formerly, the Law Society of Upper Canada), and has had extensive training in collaborative practice in the context of divorce and separation.

Shirley is a former panel member for the Office of the Children’s Lawyer in Ontario.  She is the elected Co-Chair of the Law and Ethics Special Interest Group of the Canadian Fertility and Andrology Society, and a 2 x past Chair of Collaborative Divorce Toronto (formerly, Collaborative Practice Toronto).

In the context of fertility law, Shirley has worked with clinics, hospitals, intended parents, egg/sperm donors and gestational carriers.  She was invited to teach the first fertility law course at Queen’s University Law School in 2019, and was asked by Lexis Nexis to create and write its first Fertility Law Module.  She recently contributed to “50 Debates in Reproductive Medicine”, published by Cambridge University Press.  Shirley has been invited to speak at conferences and seminars in both Canada and the US, including the Ontario Bar Association, the American Bar Association, the National Judges Institute (Ontario), the Federation of Law Societies of Canada, the University of Toronto, Osgoode Hall Law School, the Association of Family and Conciliation Courts, the Law Society of Ontario, and each of the Academy of Adoption and Assisted Reproduction Attorneys and the International Academy of Family Lawyers, both of which she is an elected Fellow.  Shirley is one of the few lawyers in Ontario who has extensive experience in both family law and fertility law, and as a result, was asked to assist with reviewing and revising Bill 28, which amends Ontario’s current Children’s Law Reform Act. The amendments have direct and vital legal impact on Ontario families created using third party reproductive technology.

Shirley has worked with all manner of reproductive technology arrangements, and is a leading Canadian lawyer with respect to preparing and attending to court and government applications dealing with cross border, national and international, birth registration issues that arise in the context of assisted reproductive technology.  Shirley is the first lawyer in Ontario to have obtained a parentage declaration in a surrogacy situation in which the intended parents had no genetic connection to the child.

All sessions by Shirley Levitan